7 Incredible Tools to Convert Blu-ray to MP4: Reviewing their Features

Indeed that Blu-ray disc presents a high-quality movie file when watching. However, MP4 possesses more vital compatibility for different players, especially with our computers and mobile devices like Android or iOS. Many users are trying to convert Blu-ray to MP4 to watch their favorite movies even without a portable Blu-ray player. This post will be an excellent tool because we will review seven of the best tools for converting Blu-ray files into MP4 with ease and productivity. We will learn more about the AnyMP4 Blu-ray Ripper, Tipard Blu-ray Converter, Freemake Video Converter, HandBrake, Xilisoft Blu-ray to Video Converter, Aurora, and VideoSolo Blu-ray Copy.

Furthermore, we will discuss the pros and cons of choosing them. In addition, we included a comparison chart that presents in-depth details of each tool for more analyzing their suitability. 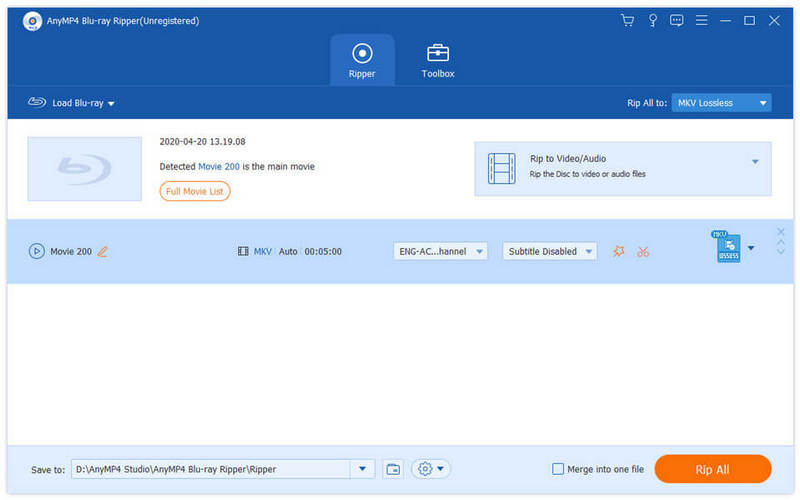 First on the list of being the best tool is AnyMP4 Blu-ray Ripper. It is one of the most unique and effective ripping tools we can use for converting Blu-ray to MP4 hassle-free. As we dig deep into its features, this ripping tool can extract the most high-quality media files like 4K UHD and 1080p HD movies that support HEVC codec. In addition, using AnyMP4 Blu-ray Ripper will allow us to convert 3D Blu-ray. All of these come with a high-quality and high-speed conversion process. We can achieve the most amazon transforming experience through this ripping tool rather than the other tools.

Pros
High-quality conversion tool.
It has a lot of professional features.
The conversion speed is faster than any tool.
There are many extra features available.

Cons
The full version is not free. 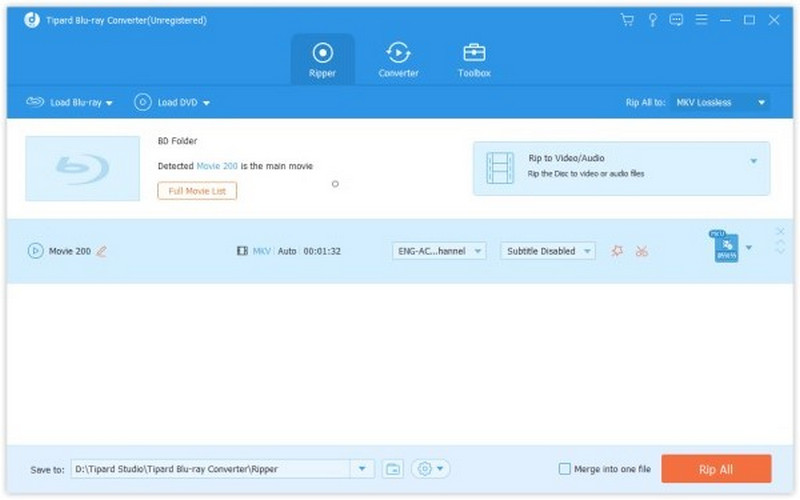 Tipard Blu-ray Converter is another rising tool that performs great in converting Blu-ray files into 500 plus file formats. The instrument possesses a great feature in maintaining the original quality of its audio and keeping the subtitle after converting. It is a great asset of the tool because many users are looking for a converter that will not alter their media files from Blu-ray. Furthermore, the software also possesses a flexible tool like its built-in professional editing tools. This feature will allow us to achieve a high quality. Those are just a few reasons why Tipard Blu-ray Converter is the best Blu-ray to MP4 converter.

Pros
It is continuously improving.
The converting speed is very satisfying.
It is a multifunction software.

Cons
The free version is limited. 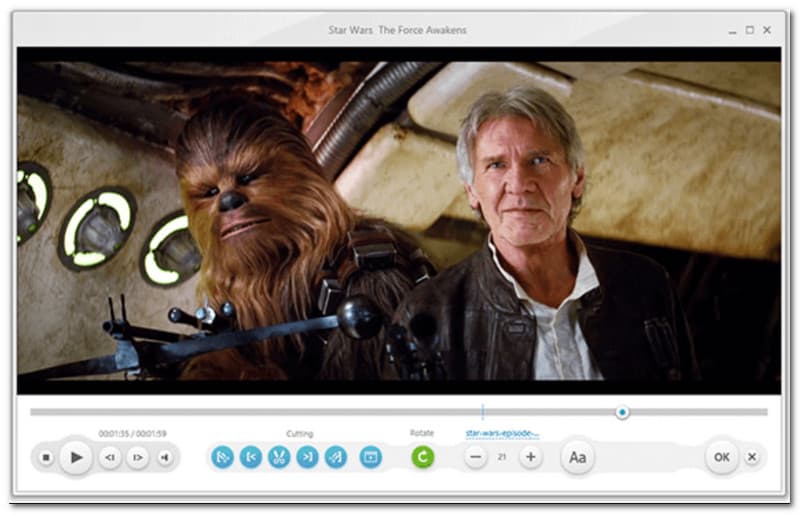 Freemake Video Converter is another amazon tool for converting a Blu-ray into MP4. This tool will allow us to convert Blu-ray to MP4 for free. It is also a great reason why many users utilize this tool rather than any tool. In addition, this tool offers us unique features like its ability to convert an UHD 4K and full HD without losing its quality. Indeed, this is an all-in-one software that performs great in transforming the digital file and our discs.

Pros
The tool is free.
It is very flexible.

Cons
It is not speedy with conversion.
The update is not often. 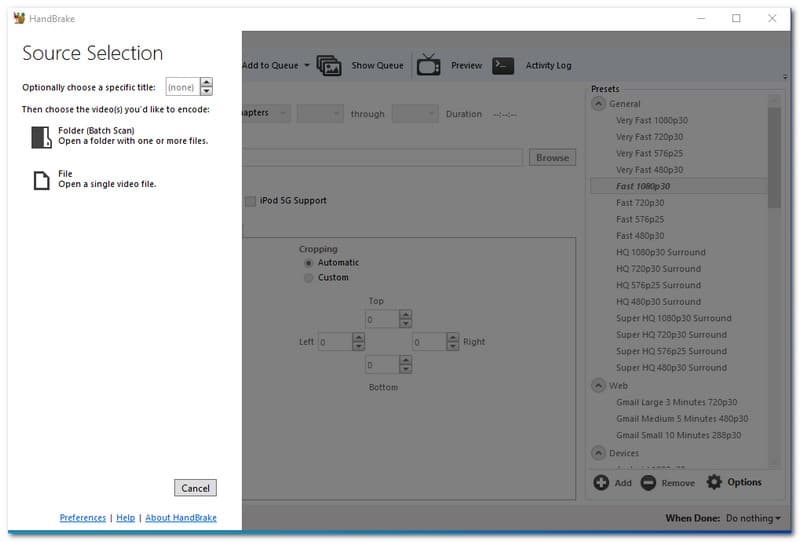 Best for: Smooth and professional process of converting

HandBrake is another free Blu-ray to mp4 converter. This tool is similar to Freemake Video Converter because they are both free. In addition, their main feature is to convert digital media files. However, they contain an extra feature that allows us to convert Blu-ray to MP4. HandBrake converts Blu-ray to MP4 with super-fast speed. Although its supported files are limited, still we cannot disregard its ability to offer a wondrous nature for the conversion process.

Pros
It is a super flexible tool.
Its service is free.
Fast conversion speed.

Cons
A bit limited with supported files.
It is very overwhelming to use at first. 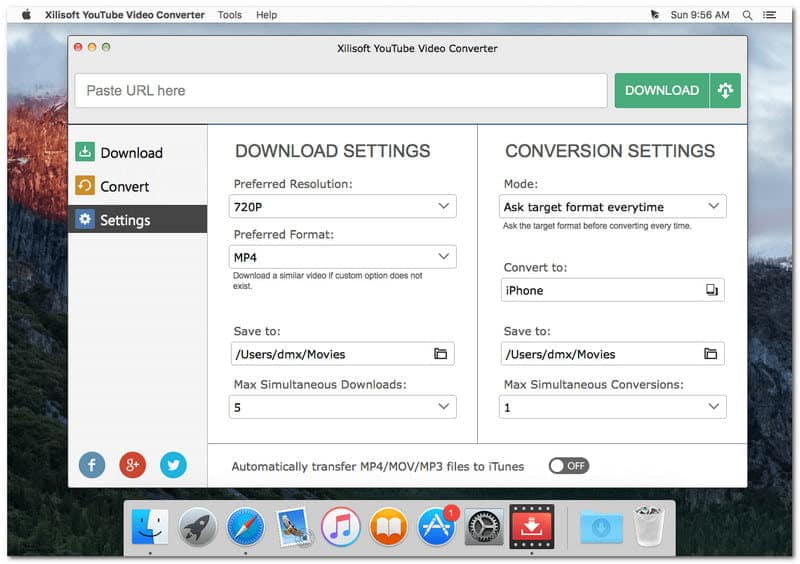 Best for: Who are looking for a simple converting tool.

Xilisoft Blu-ray to Video Converter is another simple yet effective Blu-ray converter. It is a massive help in ripping Blu-ray discs to MP4 with ease. That is because this tool contains adaptable features. Also, this converter can convert 3D video with super fast speed. In addition, we can also enjoy its unique characteristics as we enhance our files. It is a feature that we do not often see in the other tools.

Pros
It has a lot of features to offer.
It is a fast converter.

Cons
Ripping discs with copyright is not allowed.
The subscription plan is expensive. 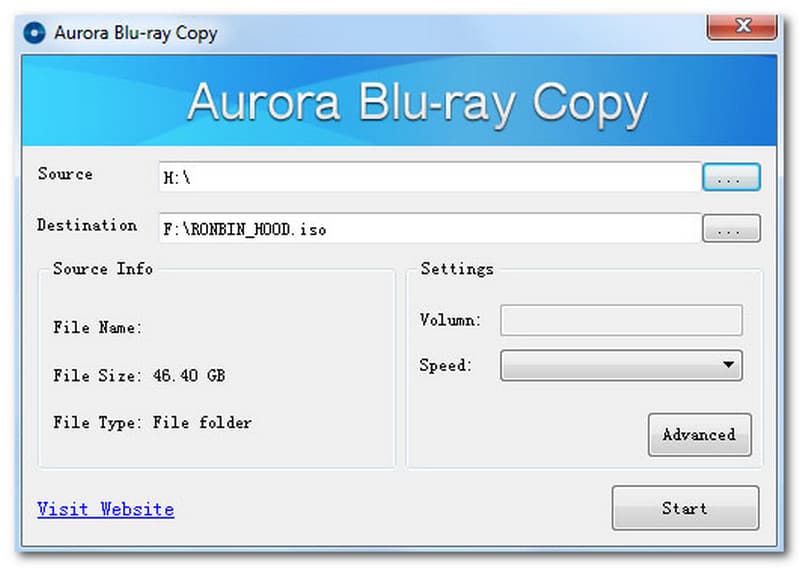 Best for: Users of macOS devices

The following software is for the Mac user out there. Aurora is a fascinating tool that can help us to convert and Rip Blu-ray to MP4 on Mac. The agency possesses simple yet effective tools. Indeed, this tool is an excellent software for instantly converting Blu-ray ISO to MP4. Even though the device only includes a few features, we can still say that it is powerful because of its flexibility. The conversion speed of this software is a significant factor in why my users use this tool.

Pros
Simple to use.
It is an effective and fast conversion process.

Cons
It lacks advanced features.
The Mac version is only available. 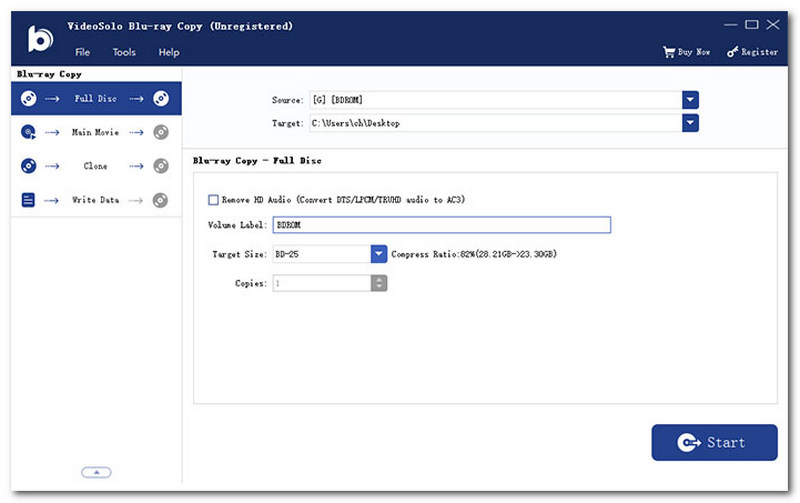 Best for: User of Windows devices

VideoSolo Blu-ray Copy is another flexible converting tool for all Windows users. This tool possesses a very intuitive interface and professional features, which allow us to make the conversion process more accessible and smooth. This software makes it unique from the others because it can compress BD-50 to BD-25 even without losing the quality. That means this converter offers a quality output even after the conversion process.

Pros
It is straightforward.
The interface is very intuitive.

Cons
It has no version for Windows.

Part 2. Comparison of the Best 7 Blu-ray to MP4 Converters

Can VLC convert Blu-ray into MP4?

We all know that VLC possesses very flexible features. That is why VLC can convert your Blu-ray disc into MP4. In addition, we can also use VLC to rip and extract your old media files into a modern and digital file format if you have old media files like video and audio on your computer.

Is it possible to convert an ISO file to MP4?

Yes. It is possible to turn your ISO into MP4 quickly. There are a lot of great conversion tools that can help you with that, including AnyMP4 Blu-ray Ripper and Tipard Blu-ray Converter. These Blu-ray tools possess great features like supporting an ISO file and converting it with any file format like MP4.

What is the advantage of having MP4 compared to Blu-ray?

Having an MP4 movie can give us different advantages. First, it also comes with high-quality resolution and audio fidelity. This format also supports videos with high codecs. Secondly, MP4 has robust compatibility compared to Blu-ray. That means we can now easily watch your movie or video anytime, anywhere, and on whatever devices we use with MP4.

We can now choose the most suitable tool for us. We can see how excellent this seven software is in converting Blu-ray to MP4 quickly. We hope this article helps us choose the conversion tool we are going to utilize. Do not forget to share this post as we get to help other users.