We are grateful for the existence of Blu-ray discs because we can now enjoy our favorite movies in full HD video resolution. Not only that but also a great quality sound too. We can say that Blu-ray players are the device we need to connect with our TV to play the disc. However, they now have different software to play Blu-ray with high-quality playback. That is why in this article, we will review seven of the best Blu-ray player software. We will look at the features, descriptions, and other important things as we get to know them more. These even software are the AnyMP4 Blu-ray Player, Aiseesoft Blu-ray Player, Leawo Blu-ray Player, CyberLink PowerDVD, Macgo Blu ray Player, VLC, and 5K player. Please continue reading this article to encounter these fantastic players. 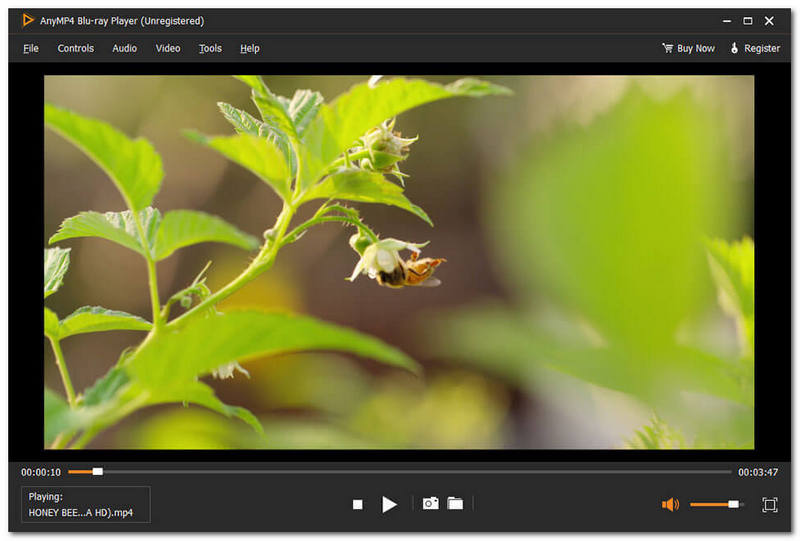 The first on the list is the AnyMP4 Blu-ray Player. This tool is the best 4K Blu-ray player. That is because it can give us the best quality of watching different Blu-ray videos and movies. That means we can now enjoy watching ultra-high-definition films in front of us using this player. In addition, this player also possesses different features that can help us improve and develop our experience in watching. It offers a feature that will allow you to control and customize your video playback. Not only that, but the tool also comes with the most impressive sound quality in a Blu-ray playback. With AnyMP4 Blu-ray Player, we can have a high-definition movie and sound with precise quality. These two elements that we greatly needed when watching movies using Blu-ray discs. Happy watching with AnyMP4 Blu-ray Player.

Pros
High-quality media playback.
It is rich with features.
The player is straightforward to use.
It also has a wide media format.
Easy control with the playback.
It can perform great.

Cons
The full feature is not free. 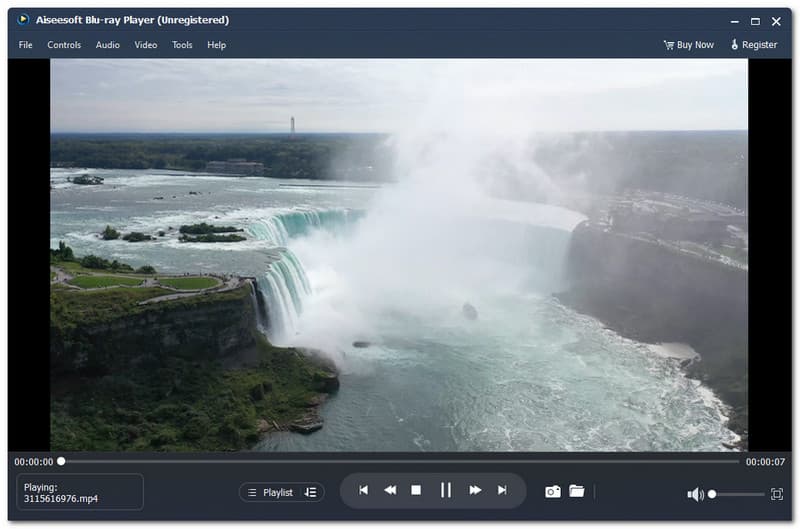 Cons
The free version is limited with extra features. 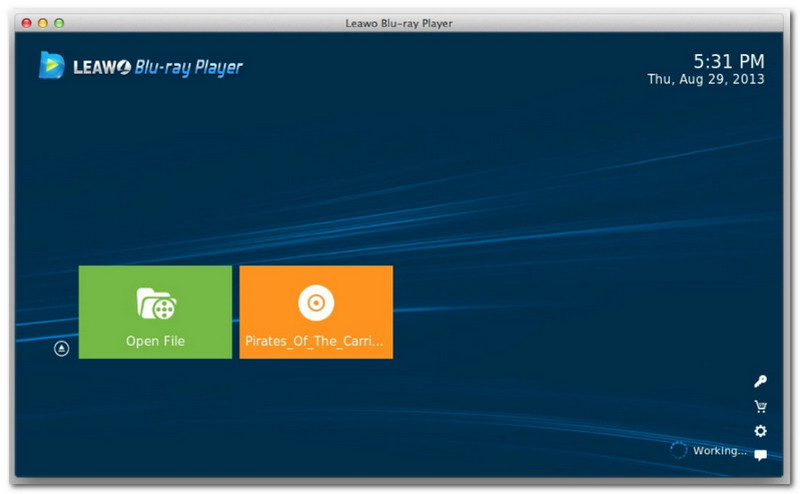 Leawo Blu-ray Player is a free Blu-ray player. That means we can now have a fantastic experience watching our Blu-ray without paying a single cent. This player possesses an incredible ability even though it is just free. With Leawo Blu-ray Player, we can also have excellent audio while watching our favorite movie. In addition, it offers subtitles for a more comprehensive watching experience. One of the best things about this player is its ability to support numerous advanced decoding technologies for audio. It is a feature that we can not see with other players.

Pros
Smooth playback.
It offers unique features.
It is free. 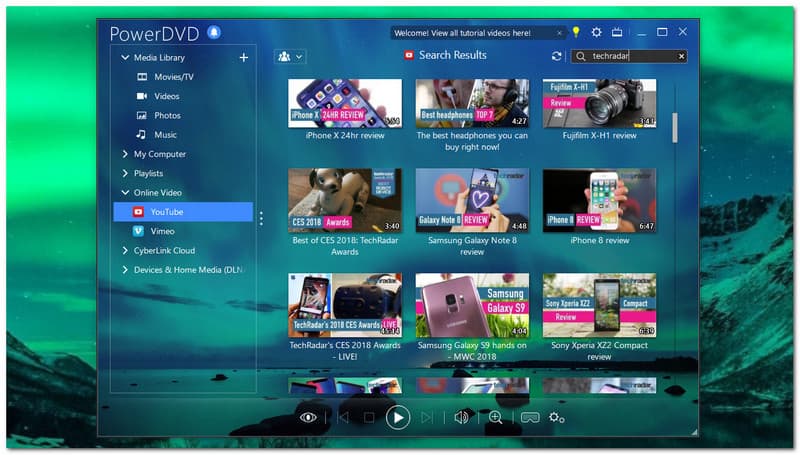 Cons
The player is an overwhelming player.
Advertisements are available. 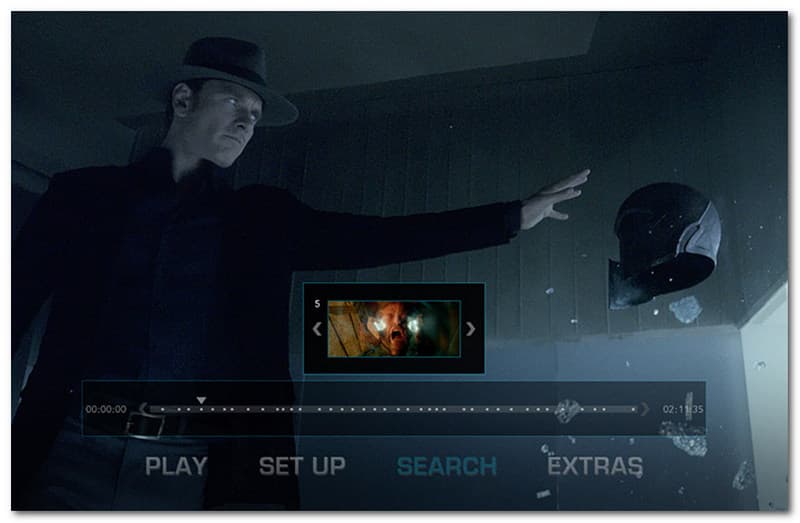 Macgo Blu-ray Player is a great Mac Blu-ray player. It exists to help Mac users watch their movies using their Mac devices. This tool can offer a playback up to 1080p HD quality resolution. It is one of the best because it provides smooth and clear visuals while watching. In addition, we can also expect lossless data and frames with your movie.

Pros
Clear audio and visual playback.
Safe to use.
It has excellent original sound support.

Cons
It is only compatible with macOS. 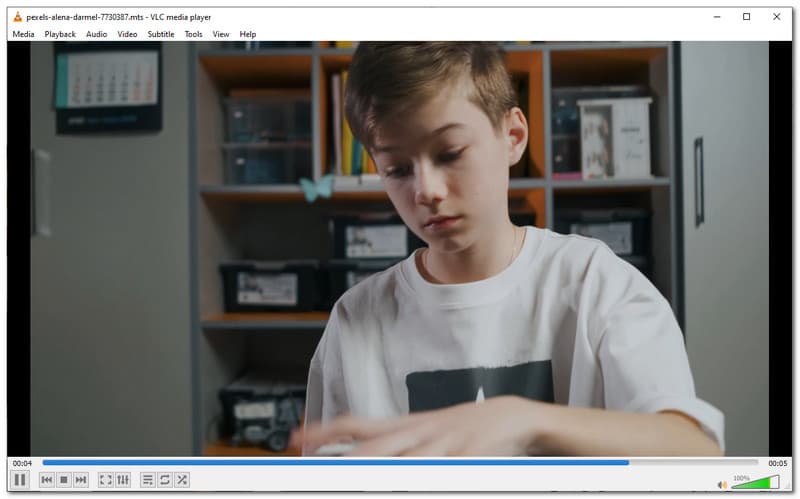 VLC is one of the most infamous media players with many platforms. It is one of the great players capable of playing any media file with smooth playback. It is also known to be the great Blu-ray player for PC. As we all know, he is one of the first players to exist. It is also straightforward to use yet powerful to play. That is why up until now, it is still one of the leading players.

Pros
Simple to use.
Rich with features as a player.
Intuitive interface.

Cons
There is no extra feature for playing media files.
Glitches issues sometimes. 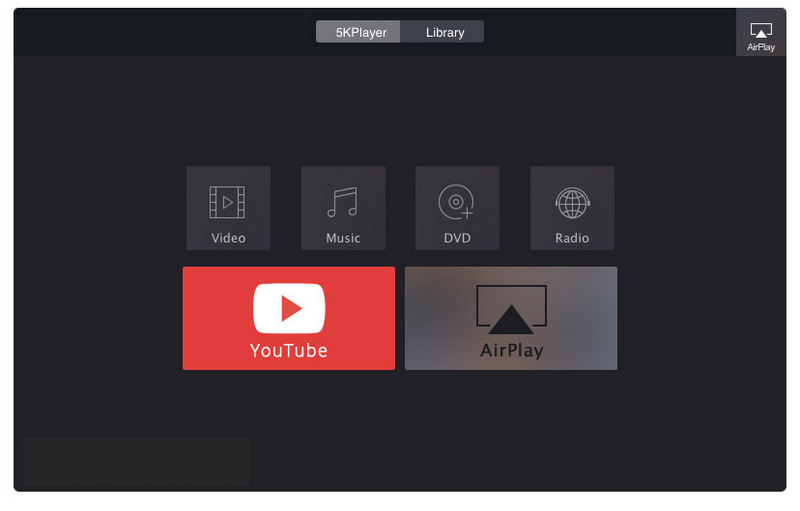 5KPlayer is the last in the list but not the least. It is also an excellent tool that can help us play a Blu-ray with smooth playback. It can support VR and 360 videos. In terms of audio, it has clear audio that gives a more immersive watching experience.

Cons
There are ads available on the web.
It lacks other features.

Part 3. How to Choose Blu-ray Players

Since we are talking about the best player, choosing the Blu-ray player with excellent quality playback is essential. We need to consider its quality to have an immense watching experience. As we all know, watching with blurry resolutions or bug occurrences might ruin your momentum in managing. That is why choose the player with the most quality playback.

In choosing the best Blu-ray player, we also need to look at the features it can offer. We need a flexible player who can offer a lot of ability for us, especially if you are planning to purchase a premium. Considering the features it possesses can give us a few benefits. The first one is that it can help us become productive and effective when playing Blu-ray movies. In addition, having the best features means having the best experience of watching too. On the other hand, checking the features before choosing a particular Blu-ray player is a great activity to prevent wasting money.

The third criterion we need to check is the player's safety, and it is essential to check if it will not give you any complications with your devices if you are going to install it. Safety software is also an excellent factor for a fantastic watching experience.

Any type of Blu-ray player is flexible in playing any disc. A Blu-ray player can play DVDs and CDs with smooth and high-quality playback. In addition, a few Blu-ray players are also capable of specialized discs, including the Audiophile Super Audio CDs (SACDs), DVD-Audio Discs, and more.

Yes. All of the versions of Playstation 4 are capable of playing Blu-ray discs. Like the standards and the Playstation 4 Pro. But before playing a Blu-ray using the PS4, please ensure that it is updated so that we will not have any problems when playing it. It is also essential to know that PS4 does not support 4K Blu-ray. Only the standard version of Blu-ray is compatible with its play.

Does the Xbox One play Blu-ray?

Playing a Blu-ray using Xbox is possible. As long as your Xbox is Xbox One, Xbox One S, or Xbox One X. However, it's only compatible to play a Blu-ray in Xbox if the consoles are from the same region. We will also need to install a Blu-ray player application on our Xbox One console before playing.

This article proves that we do not need to buy a Blu-ray player device at the mall to watch our favorite movie on a Blu-ray disc. We already have different Blu-ray player software that we can quickly get through the digital market. Above this post, we can see the seven of the most amazing Blu-player in the generation. We can see their features, pros, cons, and more details. We hope to help you choose what software you will use to have an immense watching experience. Do not forget to share this post with your family, friends, colleagues so that they also have a great player for their Blu-ray discs.